The Baltic Sea Declaration seeks to accelerate the development of offshore wind energy and to foster international cooperation in the Baltic Sea region. The declaration acknowledges the potential of OWE for the cost-efficient achievement of the objectives of the EU Energy Union, to increase energy supply security and to further diversify the energy portfolio in the Baltic Sea region. However, to utilise the full potential of offshore wind energy and to develop a well-functioning integrated energy market, regional cooperation in maritime spatial planning, grid development, capacity planning and support schemes is needed.

WindEurope CEO Giles Dickson and Martin Kruus, Chairman of the Board of the Estonian Wind Power Association, handed over the Baltic Sea Declaration to the Permanent Deputy Secretary General for Energy of the Government of Estonia, Mr. Ando Leppiman. The Estonian government held EU Presidency in the second half of 2017.

Political support comes also from Claude Turmes, the President of EUFORES and a member of the European Parliament, who signed a support letter of the Baltic Sea Declaration hoping that it will boost the development of offshore wind power in the Baltic Sea region. 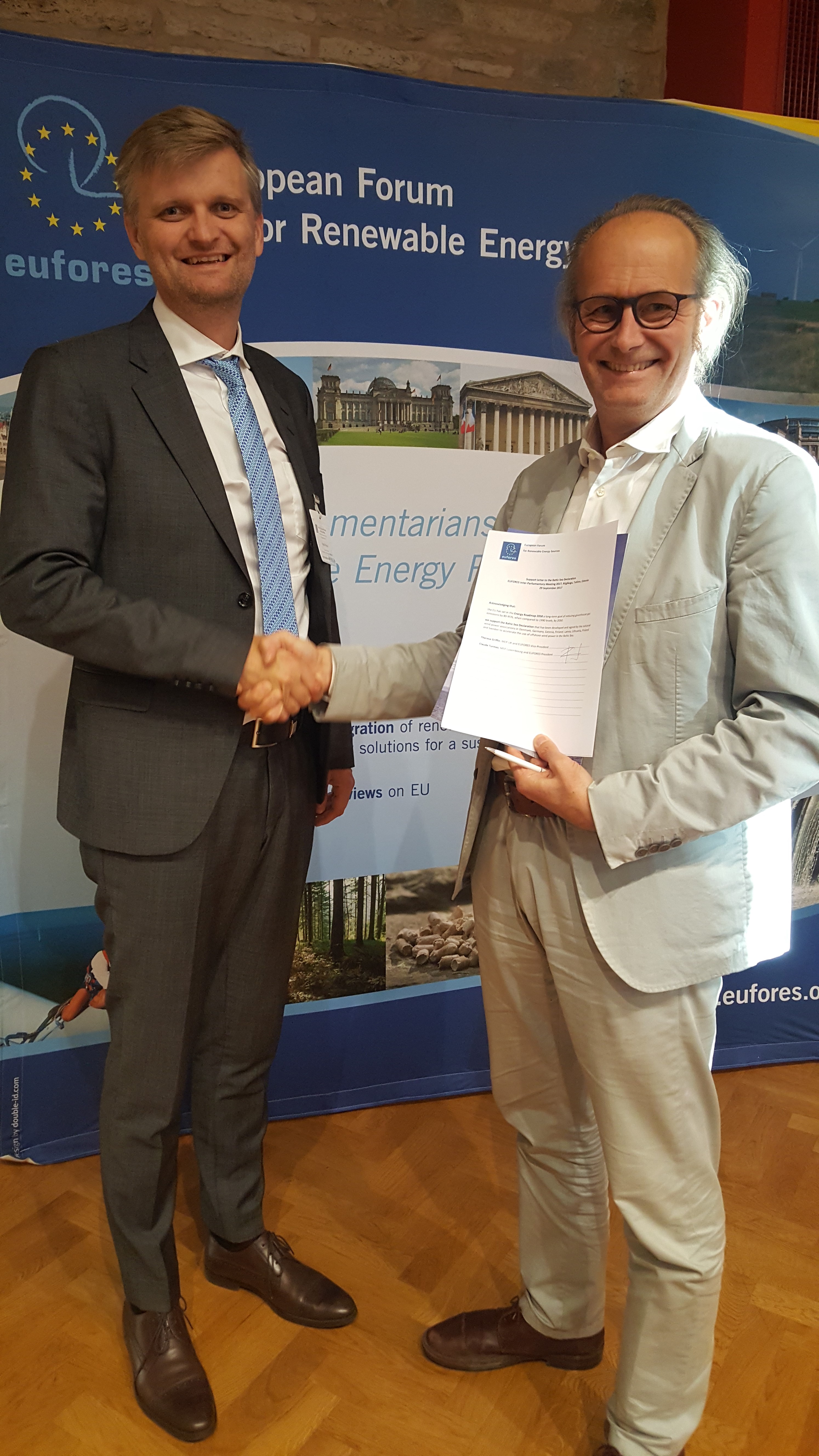 © Estonian Wind Power Association
Page load link
This website uses cookies and third party services. Embeds and scripts are prevented from loading until your consent is given. I agree
Go to Top